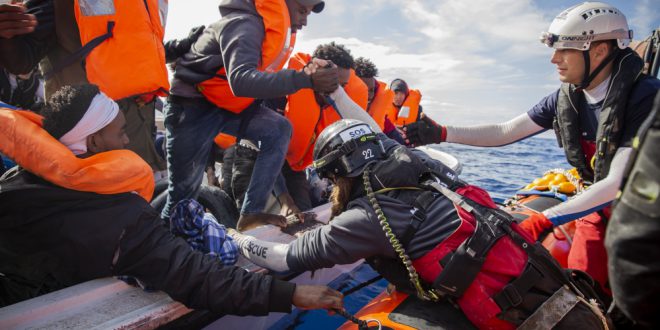 EU will be prepared in case of any migration wave from Libya amid crisis in the region, an EU official said on Wednesday, Anadolu reports.

“Being prepared, not acting ad hoc is a very important strands in our thinking for the migration policy,” said Dana Spinant, spokeswoman for the EU Commission, addressing Anadolu Agency’s question on the bloc’s extra measures on the possible new wave of immigration from Libya.

“Clearly, this will also need to inspire the discussions that we will have on the future, a European pact of migration that we are planning to put on the table soon, which we seek to look at migration from a holistic, comprehensive perspective addressing all important issues,” she added.

On Jan. 12, the warring sides in the Libyan conflict announced a ceasefire in response to a joint call by Turkish President Recep Tayyip Erdogan and Russian President Vladimir Putin, and they gathered Monday in Moscow to sign an agreement aimed at ending hostilities and starting political dialogue.

Following talks in Moscow, Fayez al-Sarraj, the head of the UN-recognized Government of National Accord (GNA), signed a ceasefire deal late Monday, but eastern Libya-based commander Khalifa Haftar left for Libya early Tuesday without signing it after asking for more time to consider it.

Aguila Saleh Issa, the speaker of the pro-Haftar House of Representatives in the eastern city of Tobruk, said: “The ceasefire in Libya is over and the war will resume.”

Since the ouster of late ruler Muammar Gaddafi in 2011, two seats of power have emerged in Libya: one in eastern Libya supported mainly by Egypt and the UAE, and the other in Tripoli, which enjoys UN and international recognition.