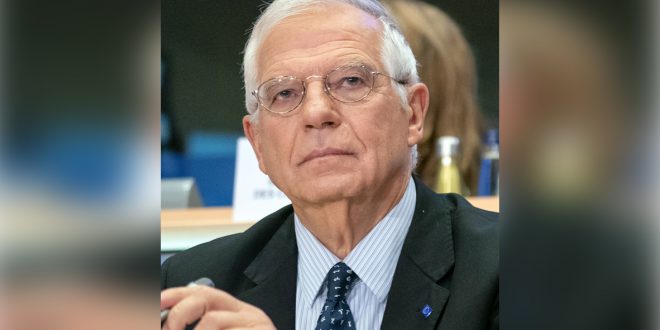 European Union high representative of the Union for Foreign Affairs and Security Policy, Joseph Burrell, revealed that he does not exclude the possibility of forming a European military mission to implement the task of monitoring the ceasefire in Libya.

“If there is a ceasefire in Libya, then the EU must be prepared to help implement and monitor this ceasefire,” Burrell disclosed.

“Presidents Vladimir Putin and Recep Tayyip Erdogan have succeeded, at least, in establishing a temporary cease-fire between the warring parties in Libya,” he noted, stressing the need to take decisive steps to advance with the Libyan settlement process, which will be discussed at the Berlin Conference, this Sunday.

The German capital of Berlin is to host a conference on Libya this Sunday, following the recent talks held in Moscow in the presence of representatives of Russia and Turkey.

The conference will witness the participation of Putin, Erdogan and parties to the conflict in Libya, Fayez Al-Sarraj and Khalifa Haftar, in addition to Libya’s neighbouring countries, representatives of the US, Britain, the United Nations, the European Union, the African Union and the Arab League.