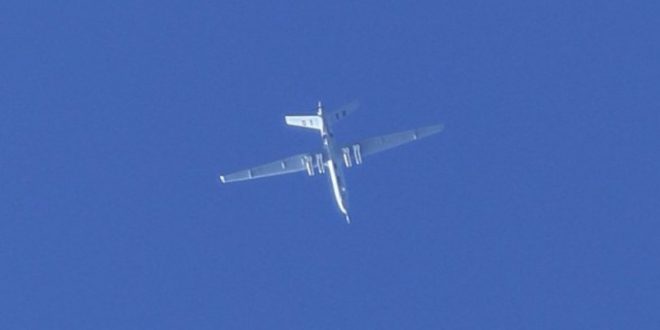 On Monday, Turkish President Recep Tayyip Erdogan said as quoted by the country’s media that Ankara hadn’t sent any Turkish troops in Libya yet but only military advisers.

The Libyan National Army (LNA) led by General Khalifa Haftar has managed to down a Turkish drone that was allegedly trying to hit LNA units in Tripoli, a spokesman for the LNA Air Defence Forces said Wednesday.

“The Air Defence Forces of the General Command of the Libyan Arab Armed Forces shot down a Turkish drone that took off from the Mitiga International Airport and was trying to raid the site of our military units in Tripoli,” the statement published on Facebook reads.

#LNA shot down a Turkish TB2 operating on the behalf of the #GNA.
Sticking a Libyan flag on a TB2 dose not make it libyan
Just a another bad record for Turkish made equipment.#Bayraktar #Libya #LNA pic.twitter.com/fW2zSJ0kAN

​Turkey has yet to comment on the claims by the LNA.

The development comes nearly a week after Ankara announced that it would deploy troops to support the Government of National Accord (GNA) in Tripoli in its fight against its opponents in the country’s east, the Libyan National Army, after ceasefire negotiations between the two in Moscow failed.

On Monday, however, Erdogan said that there were no Turkish troops in Libya yet but only Turkish military advisers.