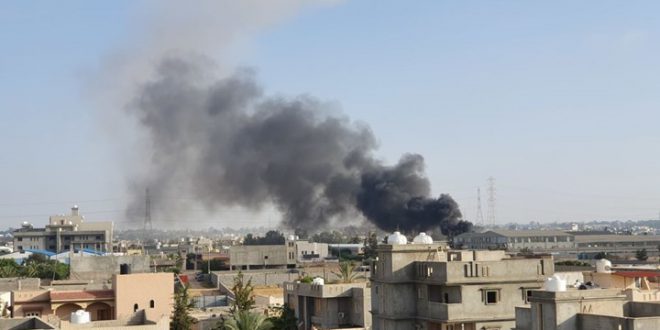 The forces of the internationally recognised Government of National Accord (GNA), headed by Fayez Al-Sarraj in Tripoli, carried out 250 airstrikes using drones during the same period.

The report indicated that journalists are continuously getting injured during media coverage of the clashes in the vicinity of the Libyan capital, while others are being arbitrarily detained by the GNA security forces.

According to the UN report, the clashes taking place in the vicinity of Tripoli, since April last year, have led to the death of more than 280 civilians, the injury of 363, and the displacement of more than 140,000 people.

The UN Security Council called on the warring parties in Libya to reach an immediate ceasefire.

Guterres expressed his concern about the disappearance of MP Siham Sergiwa in Benghazi, which is controlled by the Haftar forces.