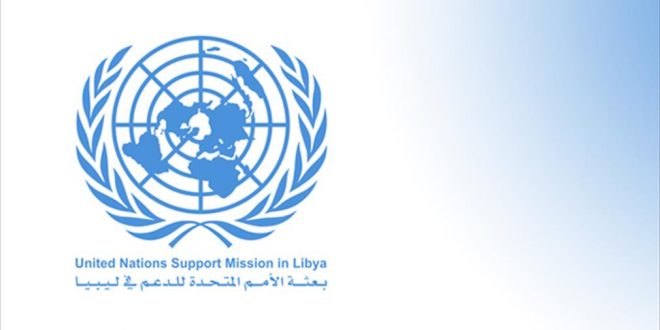 A UN report published today urges accountability for the 53 Tajura Detention Centre migrant deaths caused by an airstrike in July 2019. The airstrike was attributed by Tripoli at the time to pro Khalifa Hafter forces. The UN report attributes the strike to ‘‘a foreign state’’ supporting Hafter. It names no state. In Tripoli this is taken to be the UAE.

The report said that it was one of the deadliest incidents since a new round of hostilities broke out in April 2019. The UN report renewed its call on all parties to the conflict to conduct independent, impartial and thorough investigations to ensure accountability for violations of international law.

The 13-page report, published by the UN Support Mission in Libya (UNSMIL) and the UN Human Rights Office, also calls for urgent action to prevent a similar tragedy from happening in a conflict in which at least 287 civilians were killed and some 369 civilians injured in 2019, with 60 percent of these casualties attributed to airstrikes.

The report is based on visits by UNSMIL personnel to the site, analysis of video footage and other evidence, as well as subsequent interviews with survivors and witnesses. It finds that on 2 July an air-delivered bomb struck a vehicle repair workshop operated by the Daman Brigade, an armed group allied with Libya’s Government of National Accord (GNA).

A second airstrike 11 minutes later hit the Tajoura Detention Centre, a large hangar located in the same complex where 616 migrants and refugees were being held. The second section of the hangar, where 126 people were detained took a direct hit, killing at least 47 men and six boys.

“The July 2019 attack at Tajoura is a tragic example of how the use of air power has become a dominant feature in Libya’s civil conflict, and of the dangers and direct consequences on civilians of foreign interference,” said Special Representative of the Secretary-General and head of UNSMIL Ghassan Salamé. “This is why the commitments made in Berlin on 19 January to end such interference and uphold the UN arms embargo must take hold.”

All parties to the conflict knew the precise location and coordinates of the Tajoura Detention Centre, which was previously hit by an airstrike in May 2019, the report added.

The report calls on all parties, particularly the GNA and the LNA, as well as any States supporting either party, to conduct investigations into the airstrikes with a view to ensuring the swift prosecution of those responsible.

“As I have said previously, the Tajoura attack, depending on the precise circumstances, may amount to a war crime. Libyans, migrants and refugees are trapped amid violence and atrocities that are in turn fuelled by impunity. Those guilty of crimes under international law must be held to account,” said UN High Commissioner for Human Rights Michelle Bachelet.

In addition, despite the detention centre having already been hit, the Daman Brigade failed to move detainees from the vicinity of a potential military objective or move military objects that were positioned next to the detention centre. This likely amounts to a violation by the Daman Brigade and the GNA of their obligation to take all feasible measures to protect civilians under their control from the effects of attacks, the report says, the report said.

However, the report stressed that this failure “in no way absolves” the party responsible for the airstrike from its own obligations under international humanitarian law to abide by the principles of distinction, proportionality and precautions in attack.

As of the end of December 2019, some 3,186 people were being held in migration detention centres without due process and in conditions falling below international minimum standards. Currently, an estimated 2,000 migrants are exposed to or are in close proximity to the fighting in and around Tripoli, the report revealed.

The report said that the UN has repeatedly called for the closure of all migrant detention centres in Libya, where UN human rights staff have documented severe overcrowding, torture, ill-treatment, forced labour, rape, and acute malnutrition, among other serious human rights violations. Urgent priority should be given to closing centres in or next to compounds controlled by parties to the conflict.