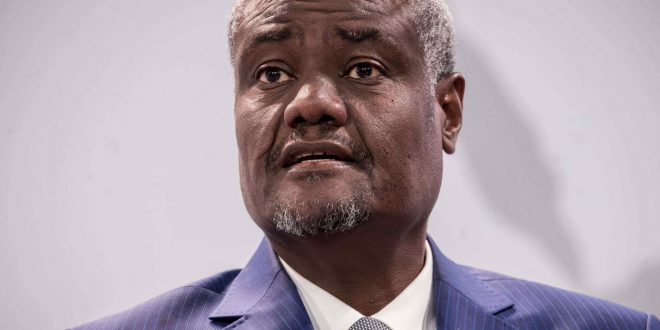 African leaders on Thursday began a diplomatic push in the Congolese capital Brazzaville aimed at bolstering efforts to end the Libyan crisis.

The talks include Moussa Faki Mahamat, chairman of the African Union (AU) Commission, and Ghassan Salame, the UN’s secretary-general’s special representative, along with several African presidents.

They were to meet behind closed doors with the head of Tripoli’s UN-recognised government Fayez al-Sarraj, and separately with envoys from strongman Khalifa Haftar, who controls eastern Libya, a Congolese diplomat said.

The aim is “to search for solutions for resolving the Libyan crisis, as recommended by the (January 19) conference in Berlin,” the office of the Congolese presidency said in a statement on Wednesday.

Leaders of the 55-nation AU are to meet in Addis Ababa on February 9 and 10.

The Berlin conference committed world leaders, including the presidents of Russia, Turkey and France, to an agreement to stop interfering in the long-running conflict, be it through weapons, troops or financing.

But it failed to forge “serious dialogue” between the warring parties or get them to sign up to a permanent truce.

The presidents of Congo, also called Congo-Brazzaville, of Mauritania and of Djibouti were present at the start of Thursday’s meeting, while Algeria’s new president, Abdelmadjid Tebboune, was represented by his prime minister.

German Foreign Minister Heiko Maas, whose country had hosted the Berlin talks, had initially been expected for the talks but did not come.

Libya has been mired in chaos since a 2011 NATO-backed uprising that killed longtime dictator Moamer Kadhafi.

Turkey is planning a military deployment to Libya to shore up the UN-backed government while Haftar is backed by Egypt, Russia and the United Arab Emirates.

The crisis has deeply worried countries to the south of Libya, which are already battling a bloody jihadist insurgency.

“Africa’s worry is that there’s a risk that all these weapons (from Libya) will transit through the Sahel,” Senegalese President Macky Sall said on Tuesday.

On Saturday, the UN mission in Libya, UNSMIL, said there had been “continued blatant violations” of the arms embargo, with planes bringing in advanced weapons, armoured vehicles, advisers and fighters.