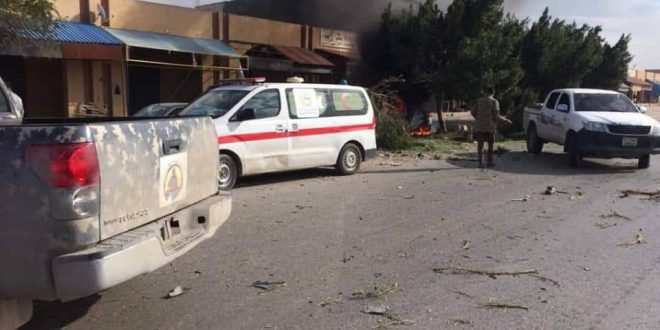 One man has been killed and other civilians injured in Khalifa Haftar’s random shelling on Kareimiya neighborhood in southern Tripoli, Burkan Al-Ghadab Operation said on Facebook on Saturday.

The spokesman for the Libyan Health Ministry Fauzi Aunees said the civilian was killed after he sustained injuries from the indiscriminate shelling fired by Haftar’s forces on Kareimiya in south Tripoli .

According to Aunees, the other injuries were receiving medical care at the hospital.

Haftar’s forces have breached the ceasefire agreement more than once since January 12. As recently as the middle of this week, Haftar’s random shelling killed four children in Al-Hadba Al-Badri area in southern Tripoli.