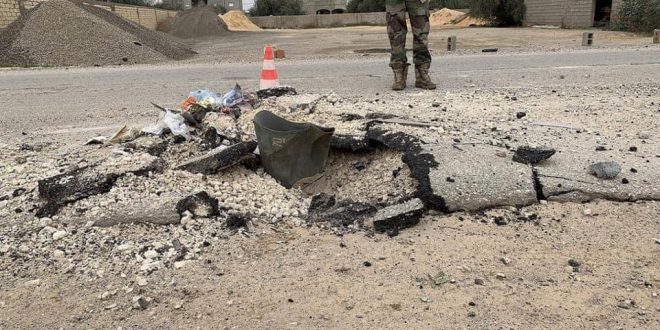 Forces affiliated with Khalifa Haftar’s Libyan National Army (LNA) used cluster munitions in a residential area in Tripoli last December, according to a Thursday report by Human Rights Watch, which called on the United Nations to “help bring an end to the cycle of impunity to Libya”.In early December 2019, the LNA or their international supporters carried out an airstrike in a residential area near the Airport Road in Tripoli’s southern suburbs, according to HRW’s report.

HRW could not confirm the intended target of the attack, nor did it observe any military use of the location of the airstrike. There were no reports of casualties at the time.

During a visit to the site in late December, HRW reported finding remnants of two RBK-250 PRAB 2.5M cluster bombs, in addition to “evidence that high-explosive air-dropped bombs were also used in the attack”.

Cluster bombs are explosive weapons that eject multiple small bomblets over a wide range, presenting a high risk of killing or maiming intended and unintended targets.

The bombs are not only dangerous when exploding mid-air after being dropped. Some unexploded bomblets can land on the ground, acting as landmines to unsuspecting civilians even after the conflict has ended.

The use of cluster munitions were prohibited by the 2008 Convention on Cluster Munitions, an international treaty to which 107 nations are signatories. Libya is not one of them.

HRW urged the UN Human Rights Council to establish an International Commission of Inquiry to look into the human rights situation in Libya during its March 2020 session.