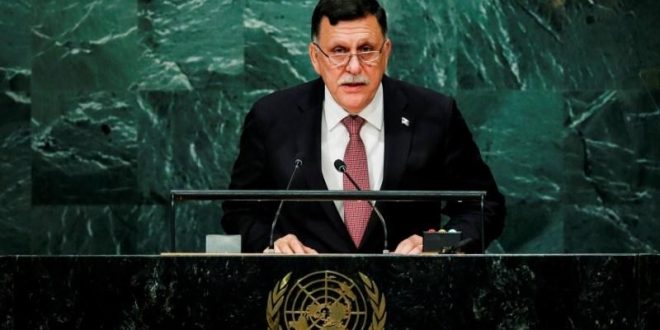 Libya will face a financial crisis and a budget deficit in 2020 because of a blockade of oil shipping terminals and oil fields by groups loyal to eastern-based commander Khalifa Haftar, the head of Libya’s internationally recognised government said on Saturday.

The NOC warned earlier that oil output would fall to 72,000 bpd if the blockade continued, from about 1.2 million bpd before the blockade. It also said in January that production would ultimately fall to zero because storage would fill up and oil fields would need to be idled, Oilprice.com noted.

“Certainly, in light of the continued closure of oil facilities, the 2020 budget will face a deficit and it will drop to its lowest levels,” Tripoli-based Libyan Prime Minister Fayez al-Sarraj told reporters in Tripoli.

Sarraj echoed the NOC figures, saying that the country had lost more than $1.4bn since the start of the blockade.

The Libyan National Army (LNA) led by Haftar and forces aligned with the internationally recognised Government of National Accord (GNA) in Tripoli have been fighting since April last year for control of the capital.

Sarraj warned that foreign backing for Haftar would only serve “to prolong” the conflict in the North African country, AFP reported. The UAE, Egypt and Jordan have bolstered Haftar, while the GNA is backed by Turkey and Qatar. Russia is alleged to have sent several thousand mercenaries to support Haftar, a claim that is denied by Moscow.

Fighting has continued despite a call for a truce by Russia and Turkey starting on 12 January and an international summit on Libya in Berlin on 19 January aimed at reducing international interference.

Analyst Viktor Katona, writing in Oilprice.com, earlier this week was sceptical about ceasefire negotiations and said it was beginning to look “like there might only be a military end to see the blockade lifted once and for all”.

“We warned against using oil as a pressure card,” said Sarraj, adding that his government had started legal action to hold those who blockade the oil accountable. He gave no further details.