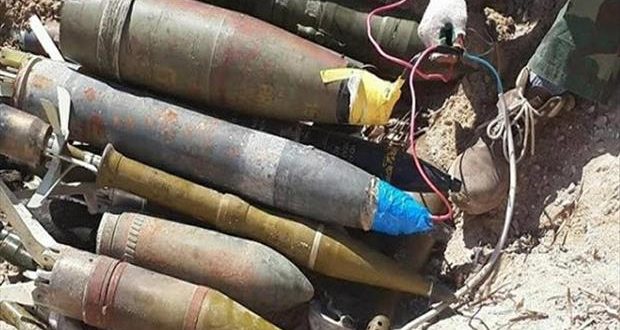 UNMAS: Threat of unexploded bombs is rising in Libya

The threat posed by unexploded bombs is rising exponentially in wartorn Libya, experts have warned, with the use of banned cluster weapons a source of particular concern.

The UN’s Mine Action Service (Unmas) said that even parts of the country previously cleared of explosive material had been recontaminated following a surge in fighting since April last year, when Khalifa Haftar launched a campaign to seize the capital, Tripoli.

“The threat posed by explosive remnants of war has increased,” said Bob Seddon, Unmas’s threat mitigation officer, at a meeting of experts in Geneva last Wednesday.

The UN’s mission in Libya reported last month that the volume of unexploded ordnance in Tripoli had increased “exponentially” and it had received hundreds of reports from civilians living in areas affected by fighting.

“It is estimated that there are between 150,000 to 200,000 tonnes of uncontrolled munitions across Libya,” said Seddon.

A statement from the group said its investigators had visited the site of an airstrike by Haftar’s forces and found remnants of cluster bombs, which spray small explosive charges that can fail to detonate, creating continuing danger for civilians.

Explosives accounted for most of the 900 civilian deaths and casualties in Libya in 2019, according to the advocacy group Action on Armed Violence.

“Cluster munitions should never be used by anyone under any circumstances due to the foreseeable and unacceptable harm for civilians,” said Stephen Goose, arms division director at HRW.

The UN security council passed a resolution calling for a “lasting ceasefire” between Haftar’s forces and the UN-backed Government of National Accord in Tripoli, following talks between the two sides last month.