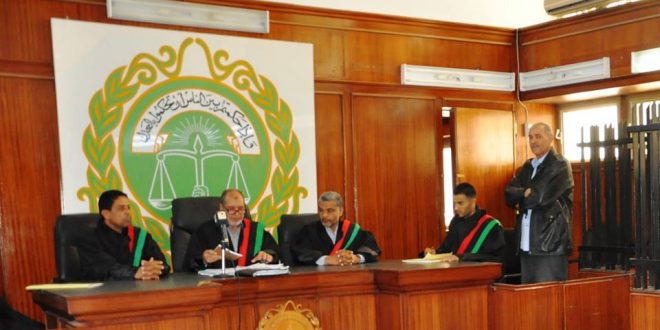 According to Libyan Crimes Watch, the legal advisor in Libya Salah Beltamer was arrested by the official forces on Saturday after he was summoned by the head of General Staff in Marj town, adding that the relatives of Beltamer said the reason for the arrest was Beltamer’s criticism of the detention of judiciary officials and personnel.

Military prosecutor Faraj Al-Sosae and head of military court in Benghazi Salim Al-Firjani are responsible for the violations against judiciary personnel in the city, it added, calling for the immediate release of all the detainees without any preconditions.

The organisation condemned the detention of judiciary officials by stressing such violations in Benghazi are crimes punishable by local and international laws.

Libya is now divided between two rival governments, one based in the east and supported by Khalifa Haftar’s Libyan National Army (LNA), the other UN-recognised administration the Government of National Accord (GNA) based in Tripoli.