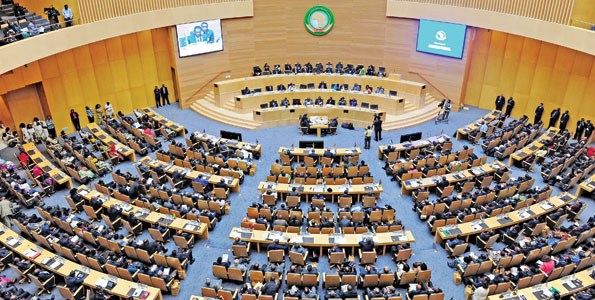 The UN delegation was headed by Chef de Cabinet of the SG Maria Luiza Ribeiro Viotti and joined by SRSG to the AU Hannah Tettah.

UNSMIL reported that the participants had discussed the situation in Libya and the progress in the preparations for the AU-hosted Inter-Libya Reconciliation Conference planned for July.

The AU had agreed at its Brazzaville Summit on 31 January to convene a conference on Libya with the parties to the conflict, delegations from neighbouring countries, as well as representatives from the United Nations, the League of Arab States, the European Union, and the African Union.

It will also be recalled that at the AU summit in Addis Ababa on 9 February, UN Secretary-General Antonio Guterres agreed that the AU should have greater input in trying to solve the Libyan crisis.

The Contact Group recalled the AU UN Framework for Peace and Security and the joint commitment to work together to implement the three UN-facilitated Libyan-led tracks from the Berlin process.