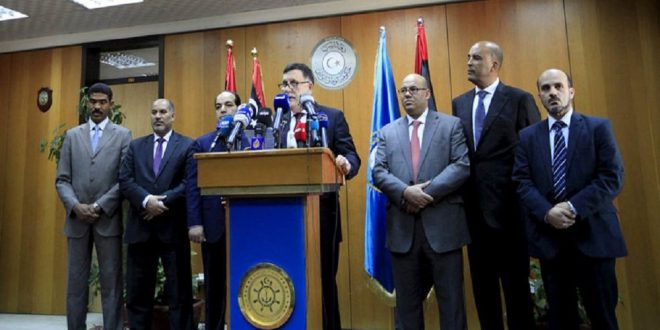 State of emergency declared in Libya over Coronavirus concerns

The UN-backed Libyan Prime Minister Fayez Al-Serraj declared the state of emergency over the possible coronavirus outbreak in the country.

Precautionary measures will be applied that include closing all of the country’s sea, air, and land ports for three weeks starting Monday, Serraj said in a televised speech.

Confirming that no coronavirus infections have been detected in the country so far, Serraj said his government is committed to applying the World Health Organization’s Strategic Preparedness and Response Plan against the virus.

He also announced allocation of half a billion dinars (360 million U.S. dollars) to take protective measures against any possible infections.

The measures also include closing all schools, institutes and universities in the country for two weeks, as well as suspending all sports and entertainment events.

Competent authorities will instruct prayer goers to pray at home instead of mosques, the Libyan prime minister said.