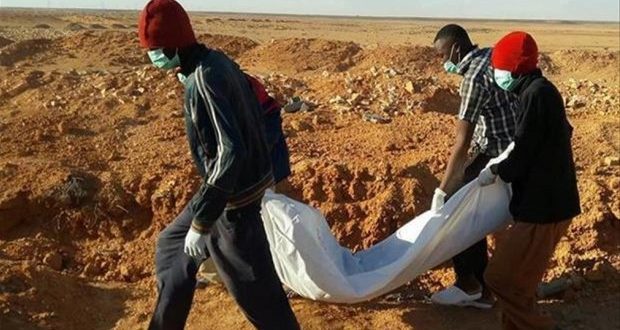 A unit from the Salam Relief and Charitable Society in Bani Walid has recovered three unidentified bodies from Wadi Suf Al-Jin in the southern region of the city.

A member of the society, Haitham bin Lama, said that the human remains were discovered whilst witnessed by officials from the Security Directorate and Public Prosecution after they received a report from a concerned citizen.

Bin Lama added that the bodies had been taken to Bani Walid Hospital mortuary, where they were stored in refrigeration to preserve the bodies.

He also suggested that the remains would appear to be those of illegal immigrants originating from Africa.