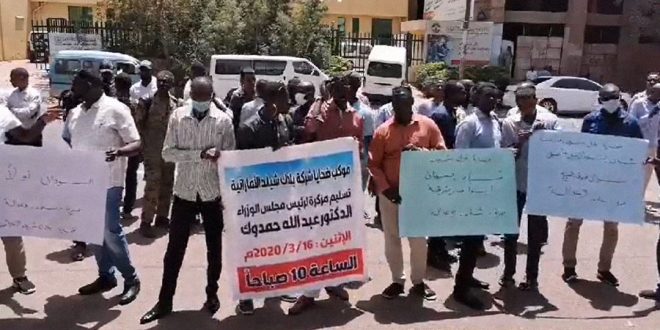 Dozens of entrapped Sudanese nationals have called on their government to work for the restoration of their contract rights with the Emirati Black Shield Company.

The deceived Sudanese youth demanded their Prime Minister, Abdalla Hamdok, to urge the company to make a public and formal apology.

These demands came after a protest held in Khartom where they handed over a list of demands to the president and insisted that an official investigation be initiated into the matter of Sudanese youth traveling to the Emirates.

Among the demands was that officials in Sudan organizing these contracts should be held accountable for the deception of young nationals.

Black Shield Company had contracted hundreds of Sudanese youth to work as security guards in the UAE but they ended up fighting for Khalifa Haftar as mercenaries in Libya’s war zones.