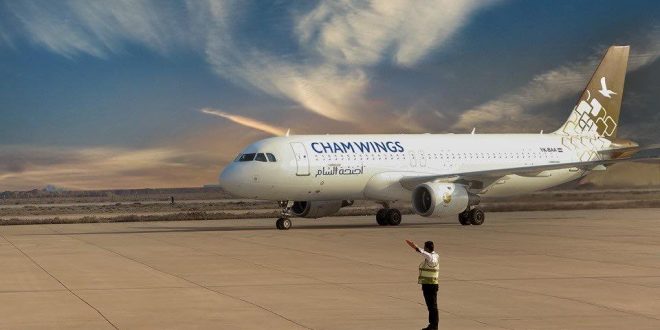 The Libyan Interior Ministry of the Government of National Accord (GNA) has warned of a health disaster after Syria’s Cham Wings Airliner has opened an office in Benghazi, bringing people from Coronavirus-hit areas into the eastern region.

In a statement on Wednesday, the Interior Ministry said Cham Wings office in Benghazi was doing dubious trade activities and bringing people who had contact with Iranians to Benghazi, saying that Iranians are now in control of all over Damascus.

It warned eastern Libyan commercial banks not to deal with Cham Wings and warned people not to come in close contact with any person coming on the airliner’s flights.

The Interior Ministry called on the UN Support Mission in Libya and UN Sanctions Committee to document these violations and hold the perpetrators accountable.