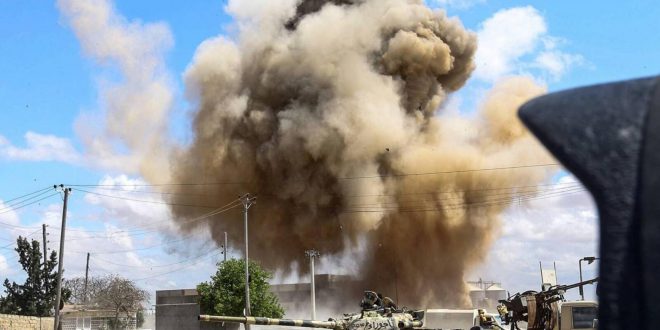 The violence erupted in Ramla axis in southern Tripoli when the Government of National Accord (GNA) began to reinforce their forces in the area, a spokesman for the GNA forces said.

He said clashes were still raging on in the area.

No information was yet available about casualties.

Since the ouster of late ruler Muammar Gaddafi in 2011, two seats of power have emerged in Libya: Haftar in eastern Libya, supported mainly by Egypt and the United Arab Emirates, and the GNA in Tripoli, which enjoys UN and international recognition.

On Tuesday, the EU and several Arab countries called on both sides in the Libyan conflict to declare an immediate humanitarian cease-fire to curb the threat of the coronavirus.

Worldwide, out of over 199,000 confirmed cases, the death toll now exceeds 7,900, while more than 82,500 patients have recovered, according to Worldometer, a website that compiles new case numbers.