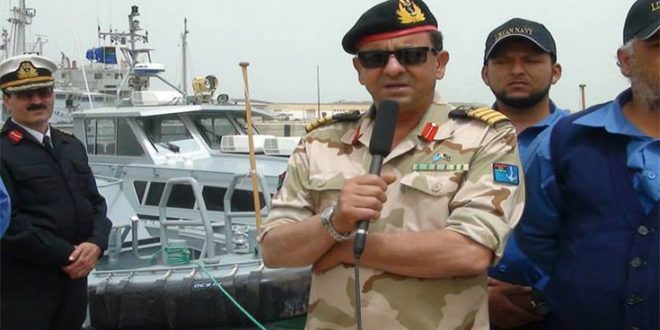 The commander of the navy forces of the Volcano of Rage Operation, Colonel Rida Issa has revealed that their forces were able to seize a ship flying the Liberian flag involved in transporting aviation fuel to Haftar.

The Liberian-flagged ship was called “Gulf Petroleum 4” Issa explained, noting that the operation was carried out on Sunday evening.

“Findings will be released as soon as the investigations are over,” the Volcano of Rage Operation noted, underscoring that its forces will continue to do their job to ensure the protection and security of the homeland.

International Relations and CooperationSecurity ForcesSecurity Situation
All
2020-03-23
asaeid
Previous Three people injured in a random shelling in Benghazi
Next End the Sickness of War and Fight the Disease Ravaging Our World: UN Chief