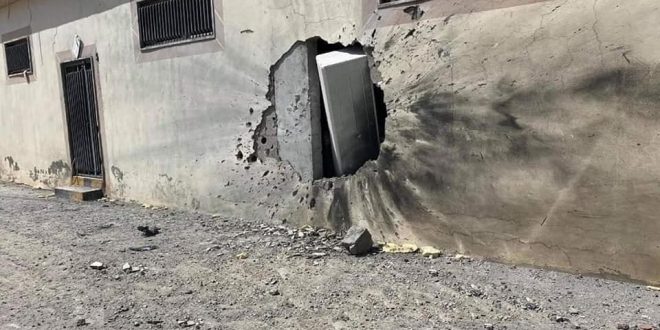 The head of the United Nations Support Mission in Libya (UNSMIL) Stephanie Williams has strongly condemned the repeated shelling on Ain Zara district, including the Al Rwemi Prison.

In a statement released by the UN mission on Tuesday, Williams said that reports confirm that Haftar’s forces are responsible for these attacks, resulting in a number of injuries, including prisoners, and judicial police officers.

She called on Haftar’s forces to immediately halt the shelling on the prison and the area where the prison is located, to avoid mass casualties among prisoners and prison guards.

“Despite the calls by many UN member states, UNSMIL and the UN Secretary-General for an immediate cessation of hostilities to enable joint approaches to the COVID-19 pandemic, armed clashes, shelling, and mobilisation of forces in Libya continue,” Williams said, noting that this shows unacceptable disregard for the safety and wellbeing of the civilian population.

The UNSMIL head indicated that in the past 48 hours, the mission has documented more than 13 violations of the humanitarian truce, killing at least three civilians and wounding others. She warned that the continuation of fighting would risk an undetected and out-of-control spread of the COVID-19.

Williams reiterated her call on all parties to the conflict in Libya to respect international human rights and humanitarian law and to abide by the commitments they have publicly made to halt all military operations, urging them to put the interests of their people and communities first and above any other considerations.