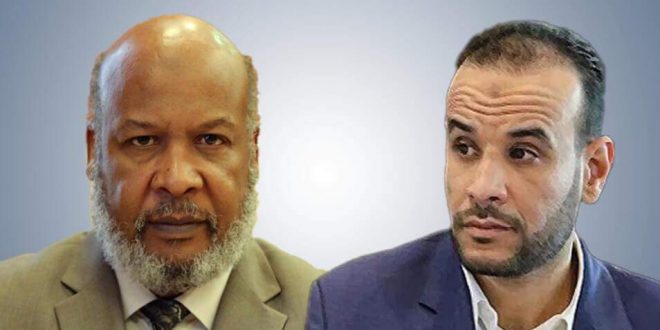 Turn the table: Hashtag in Libya aims to call out corrupt GNA officials

Libyan social media activists and public personalities have been circulating the hashtag “Nigelbo Al-Tawila” (Turn the table) over the last days to express outrage at the level of corruption the Libyan Government of National Accord (GNA) has and its indifference approach to the Coronavirus pandemic in the country.

The “Turn the table” movement has seen many activists call out GNA’s Minister of Health Ahmid bin Omar and his deputy minister Mohammed Haythem for their unspeakable corruption and manipulation of Libyans’ resources and money for their own benefits.

Among the public figures was the Head of Quilliam Foundation Noman Benotman who said that the GNA is controlled by a group of advisers whose sole job is to steal money from the government in any way possible, mentioning the fake contracts Deputy Minitser of Health Mohammed Haythem is obtaining from the GNA in order to take money for his own benefit.

Benotman and others lashed out at the GNA and its Head Fayez Al-Sarraj for negligence of Libyans’ needs amid the Coronavirus pandemic, saying Libya is wealthy but the money that is supposed to help people is being stolen by GNA advisers and officials in the name of fabricated imports and letters of credit, again naming Health Dpeuty Minister Mohammed Haythem as an extremely corrupted official at the GNA.

Benotman lashed out also on the GNA for lack of support for the Libyan Army forces on the frontlines amid heavy fighting against Khalifa Haftar’s forces.

No comment has been made by the GNA or the Health Minister and his deputy amid a wave of discontent and outrage in Libya for the continuous corruption of the GNA that is taking their own money and placing it in the bank accounts of officials abroad.