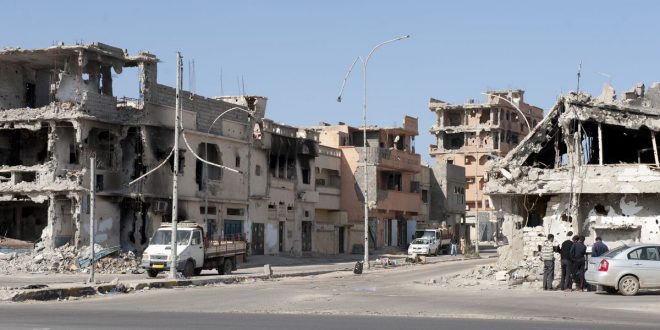 The forces of the Libyan Government of National Accord (GNA) announced today that Emirati drones, backing the militias of retired Field Marshal Khalifa Haftar, targeted a post office in Al-Washka area in the vicinity of Sirte.

Al-Mujie added that the bombing caused material damage, noting that the field situation in Abu Qarain and Al-Washka areas is cautiously calm.”

He pointed out that “the GNA’s air force bombed, on Monday, a fuel tanker in the city of Bani Walid, which was on its way to supply Haftar’s militia.”

Al-Mujie said that yesterday GNA forces made progress on the axes of Ain Zara and Wadi Al-Rabi, south of Tripoli, after launching a military operation against Haftar’s forces in the area.

On Sunday, the GNA announced that its forces have targeted a military aircraft loaded with ammunition immediately after it landed in the vicinity of the city of Tarhuna, south of the capital Tripoli. The military aircraft was on its way to supply Haftar’s forces.