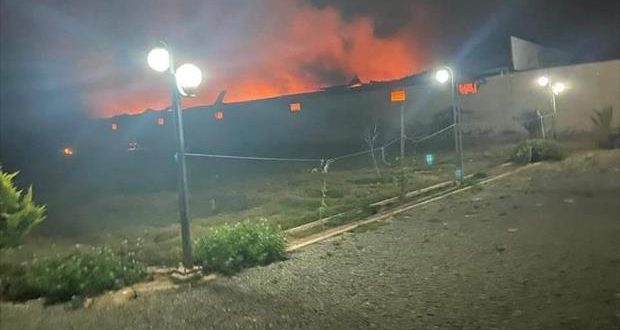 Forces loyal to Khalifa Haftar on Sunday attacked medical warehouses belonging to a hospital in the capital, knowing that they were used for treating coronavirus patients.

Haftar’s forces targeted depots of the Al-Khadra Hospital in al-Swani in the capital Tripoli with Grad missiles, the UN-recognized Government of National Accord (GNA) said in a statement.

Last week, the UN condemned heavy shelling of Al-Khadra hospital in which at least three civilians were wounded, calling it a “clear violation of international law.”

The attacks, according to Libya’s Health Ministry, badly damaged the 400-bed facility, thus keeping it in operation was difficult.

The hospital resumed work Saturday after shutting down for two days due to the rocket attacks by Haftar’s forces.