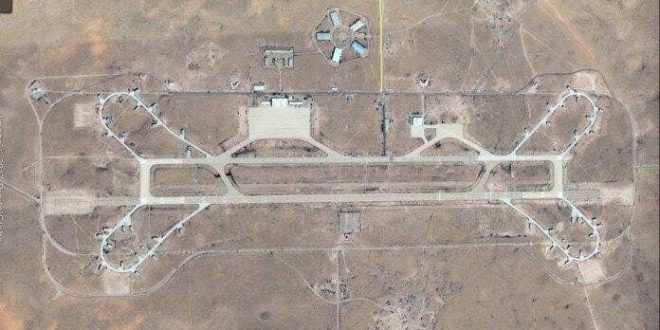 Libyan Air Force of the Government of National Accord (GNA) targeted Monday night a convoy for Khalifa Haftar’s forces near Al-Joush town as they were trying to withdraw from Al-Watiya airbase southward and a gathering for Haftar’s forces inside the airbase, leaving several fighters killed.

The Libyan Army forces are now laying a siege to the airbase of Al-Watiya from different directions as Air Force warplanes cover the area to prevent reinforcements from reaching Haftar’s forces inside as local social figures exert efforts to secure a way out for Haftar’s forces and surrender the base to GNA forces.

Meanwhile, UAE drones supporting Haftar’s forces had carried out airstrikes on forces loyal to GNA in the Western Mountain city of Jadu, killing eight and injuring 15 persons, sources from the city said.

The sources explained that drones affiliated with Haftar’s forces carried ou two strikes; one targeting an ambulance, aiming to distract the forces besieging Al-Watiya airbase to find a safe way out for their trapped forces inside.

The commander of western joint operations room Osama Juwaili called on the cities harboring “gangs escaping from west coast cities” to Western Mountain region to kick them out so that Libyan Army forces wouldn’t have to carry out military operations in those areas.

Juwaili told reporters that Haftar managed to bring to his side criminals and Gaddafi loyalists with fake promises and money, using Sabratha and Surman to mobilize those “gangs at Al-Watiya airbase to bomb Tripoli”.