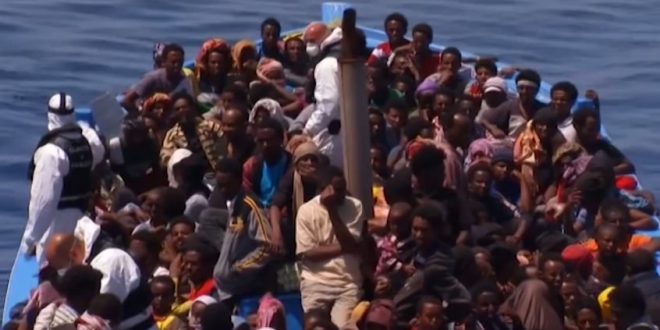 At least five migrants have died and seven others went missing when the coast guard returned scores of migrants to Tripoli, the UN migration agency (IOM) said.

Reuters quoted the organization as saying that a Maltese commercial vessel rescued the migrants from an inflatable boat and handed them to Libya’s Coast Guard, which brought them to a naval base in Tripoli where they were allowed to disembark after a delay of several hours.

Last week, a group of about 280 migrants were prevented from disembarking overnight because of shelling in the port city, IOM noted.

Trafficking and Migration
All
2020-04-16
asaeid
Previous Itamilradar: Extraordinary flight from the US to Libya’s Benghazi
Next Former Algerian Foreign Minister pulls out his nomination for UN envoy post in Libya