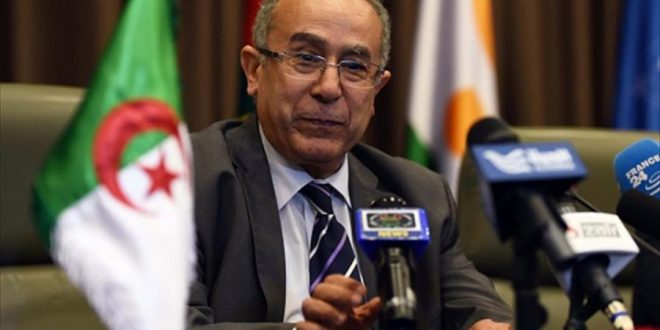 Algerian former foreign minister Ramtane Lamamra on Thursday ruled himself out of becoming the next UN envoy to Libya, after diplomats said Washington opposed his nomination.

In a statement to the Algerian press, Lamamra said he had been invited last month by UN Secretary General Antonio Guterres to take the post.

“I gave my agreement in principle… (but)… consultations carried out by Mr. Guterres since then do not seem likely to result in the unanimity of the Security Council,” Lamamra announced.

He said he would therefore be calling the Secretary General “in the coming hours” to withdraw his candidacy.

Diplomatic sources said Wednesday that Guterres had already begun searching for a new envoy, due to the US refusal to back Lamamra.

Among the reasons given by some diplomats was pressure on Washington from Egypt and the UAE, who back Haftar and consider Lamamra to be too close to the UN-recognised GNA.

The UN’s previous envoy to Libya, Ghassan Salame, quit in early March following the repeated failure of efforts to restore order, although he said his resignation was for health reasons. He had served in the role since June 2017.