Home / Normal / Itamilradar: Extraordinary flight from the US to Libya’s Benghazi 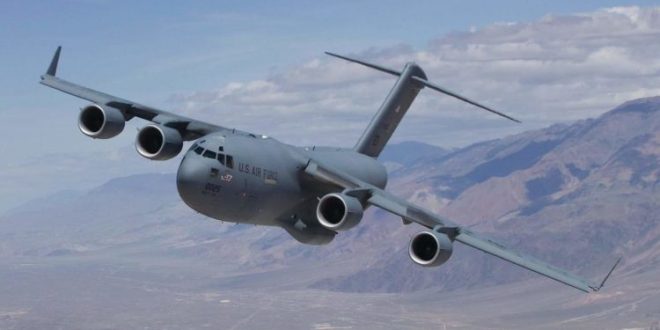 Itamilradar: Extraordinary flight from the US to Libya’s Benghazi

Itamilradar website stated that it had tracked a USAF Boeing C-17A (callsign RCH223, reg. 09-9205) as it was making an unusual flight from the USA (Andrews AFB) to Benghazi, Libya, directly.

The aviation tracking website added Thursday that different Twitter accounts reported Wednesday afternoon an aerial refueling between an USAF KC-135R and a C-17A over the UK.

“The Globemaster continued its flight and disappeared from all tracking site around 21:41 CEST over southern Tyrrhenian sea when it flew southbound.” Itamilradar added.

It said that after less than two hours later, the Globemaster appeared again but this time in the opposite direction as the aircraft was, this time, in flight from Libya to Germany.

The website said: “We don’t know the nature of the mission, but in the past, we’ve already tracked similar flights with final destination as an airbase in Germany.

Itamilradar added that it’s the first time that it has tracked a direct flight from the USA to Benghazi, wondering what urgent supplies was the aircraft carrying.