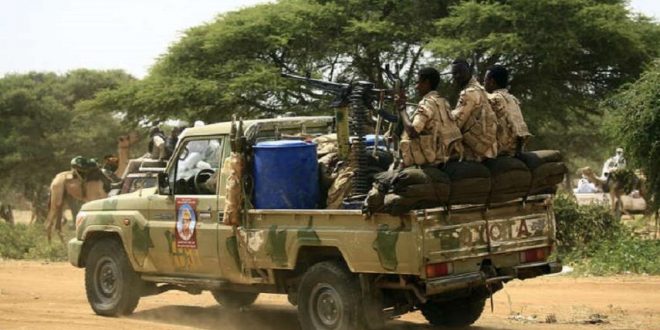 The forces of the internationally-recognised Libyan Government of National Accord (GNA) announced on Thursday the deaths of more than 25 members of the Janjaweed militia supporting the forces of retired Field Marshal Khalifa Haftar, south of the capital of Tripoli.

Spokesman for the Libyan Army, Colonel Mohammad Qanunu, stated in a Facebook post that: “More than 25 Janjaweed fighters supporting the Haftar terrorist militia have been eliminated in the progress of our heroic forces at dawn today (Thursday) at Al-Machrou axis, south of the capital.”

Although Haftar announced on 21 March his adherence to the truce in order to focus on efforts to combat the coronavirus pandemic, the eastern forces continue to carry out an offensive that has been launched on 4 April, 2019, to control the capital of Tripoli, the seat of the GNA.

In response to Haftar’s violation of the armistice, the GNA forces launched on 26 March, Operation Peace Storm against the eastern army, in light of the ongoing conflict over legitimacy and authority in the oil-rich country.

On Monday, the GNA forces liberated a number of cities that have been controlled by Haftar’s militias, most notably Sabratha and Surman, which enabled Head of the Presidential Council Fayez Al-Sarraj to control the entire western coast of the country to the Tunisian border.