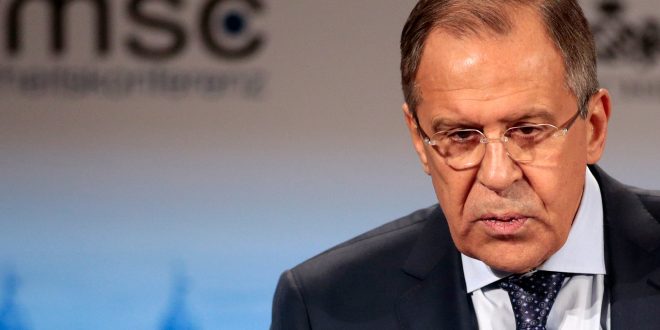 Russia has called on the European Union to obtain an approval from the UN Security Council for the naval mission, IRINI, to monitor the implementation of Libya’s arms embargo in the Mediterranean.

Russian Foreign Minister Sergey Lavrov, speaking Tuesday via video link to members of the Gorchakov Club for public diplomacy, said the EU’s unwillingness to brief the UN on the details of the operation raises questions.

He added that the fact that the EU is trying to avoid submitting its ideas to the UN Security Council raises questions about the reasons for this position.

The EU launched IRINI this month to monitor the implementation of the arms embargo in Libya, which was criticized by Libyan Government of National Accord (GNA) authorities that said the mission “is against the GNA as it doesn’t include monitor land or air activities, which make up the majority of Haftar’s foreign military support.”