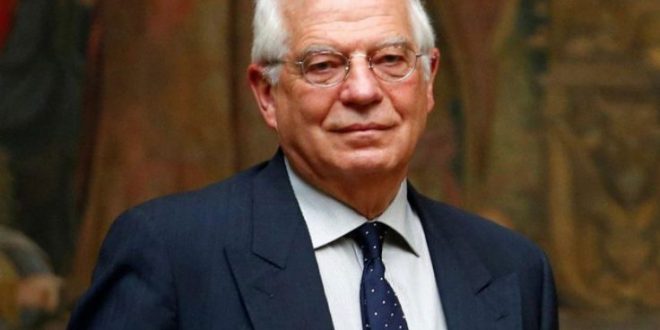 The High Representative of the European Union Josep Borrell said Operation IRINI doesn’t have the needed mechanisms and capabilities to start work despite being launched early this month.

Borrell urged all Libyan parties to commit to a ceasefire and return to political dialogue, saying all those who want peace in Libya should support the political process as what is now happening in Libya is against Berlin conference conclusions, the UN and the EU’s peace efforts, according to Italian news agency Aki.

He said the EU has a responsibility in resolving the Libyan conflict as it affects the security and stability of neighboring and coast countries as well as the interests of Europe.

“Ceasefire in Libya is very important for kicking off reconciliation efforts, including the halt of arms embargo violations to set aside military solutions and bring diplomatic work with the end of foreign intervention in the country.” Borrell indicated.

On Tuesday, the Russian Foreign Minister Sergey Lavrov said EU’s Operation IRINI would have to obtain the approval of the Security Council before it could kick off work, saying giving no details about the operation to the UN raised lots of questions.