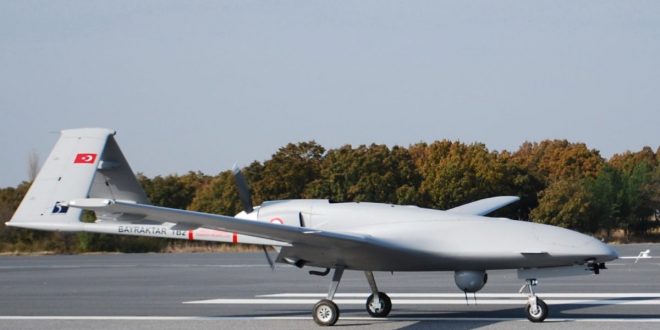 The French newspaper Le Monde has stated that since the beginning of the year the balance of military power in Libya has changed in favour of the Government of National Accord (GNA), after Turkey put a new generation of drones in service.

In an article that has recently been published on the newspapers website, Frédéric Bobin affirmed that the military escalation that took place in recent days near the Libyan capital of Tripoli, perpetuates a shift in the balance of powers at the expense of retired Major General Khalifa Haftar’s forces.

The newspaper pointed out that the shift of the current military balance in Tripoli is the outcome of increased Turkish participation alongside the internationally-recognised GNA, especially the introduction of a new generation of drones with more efficient technology.

“The balance of power has changed radically since the beginning of the year,” the newspaper quoted Wolfram Lacher, a researcher at the German Institute for International Affairs and Security in Berlin. Lacher stated that: “The reason is that Turkish drones and anti-aircraft defence systems installed by Ankara in Tripoli have had an impact on preventing Emirati flights from reaching Tripoli or Misrata.” Before that, Emiratis had been controlling the sky in the service of Haftar, according to the newspaper.

On military operations in the time of the coronavirus, the newspaper pointed out that the pandemic has had no impact on the ongoing fighting around the capital of Tripoli, despite international calls to end hostilities to better combat the virus.

According to the newspaper, a United Nations source condemned the ongoing clashes that hindered the health mobilisation against the coronavirus pandemic, citing it as a “real time bomb”.

The source pointed out that the official figures quote 48 injuries and one death, but the health system is not organised due to the ongoing violence.

It is worth noting that the forces of the GNA managed last Monday, within the Operation Peace Storm, to liberate six cities and two strategic areas from the Haftar militia, most notably Sabratha and Sorman, which means their control of the entire western coast to the Tunisian border.

The Operation Peace Storm was launched by government forces on 26 March, and it came in response to ongoing violations by the Haftar militia aimed at controlling Tripoli.