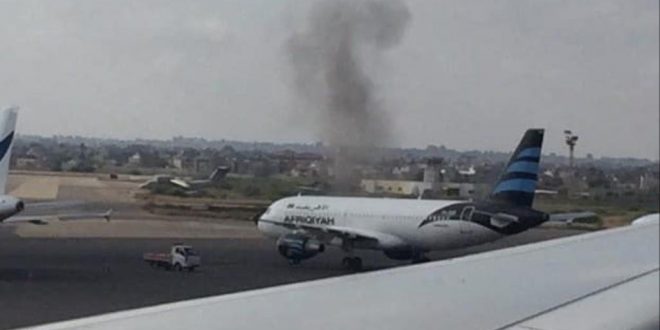 Forces loyal to Khalifa Haftar targeted with several rockets a mosque in south of Tripoli, the UN-recognized Government of National Accord (GNA) said Sunday.

The mosque in Ain Zara in southern Tripoli was seriously damaged after being hit by mortar shells, the GNA said in a statement.

GNA forces have been under attack by Haftar’s forces since last April, and international efforts to enforce a ceasefire have proven unsuccessful.

The GNA, which launched Operation Peace Storm last month to counter the attacks, announced on April 13 that its forces removed Haftar forces from at least eight provinces, clearing a 3,000-square-kilometer area on the coastline.