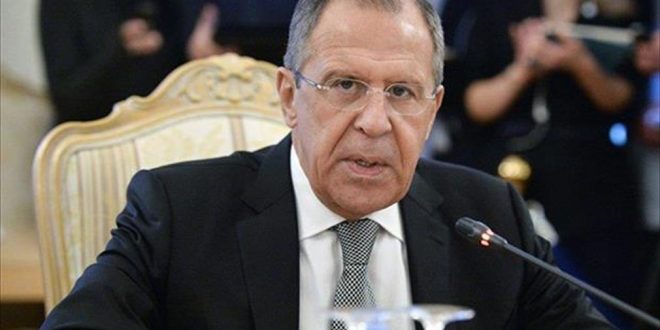 Russia on Monday urged international mediators to refocus from trying to solve the Libyan crisis to working to get warring sides into direct talks.

Approaches to conflict settlement must be worked out by rival Libyan groups, while outside players should try to bring them to the negotiating table and find common ground, said Foreign Minister Sergey Lavrov, speaking to the students of the Moscow Institute of International Relations via video link.

“We have always called for the principle that decisions must be approved directly by the parties to this conflict, and we will only help them to sit down at the negotiating table,” he said, adding that Russia will continue to help Libya emerge from its crisis.

As for the problem of illegal immigration, which became particularly acute after Libya’s collapse, it could be alleviated if the European Union cut customs duties for agricultural products from Africa to zero, he said.

Doing so, said Lavrov, would have a deterrent effect on the flow of migrants seeking a better fate, better conditions for employment. If agricultural products go to Europe from Africa duty-free, then employment in the countries will rise, they will improve their living standards, and there will be less temptation to seek happiness abroad.

Libya’s internationally recognized government has been under attack by warlord Khalifa Haftar’s forces since last April, and international efforts to enforce a cease-fire have proven unsuccessful.

Since the ouster of late ruler Muammar Gaddafi in 2011, two seats of power have emerged in Libya: Haftar in eastern Libya supported mainly by Egypt and the United Arab Emirates, and the Government of National Accord (GNA) in Tripoli, which enjoys the UN and international recognition.