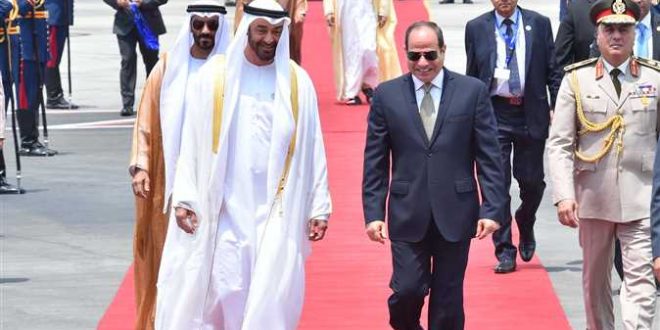 The UAE, Saudi Arabia and Egypt have played a “diabolical” role in supporting renegade Brigadier General Khalifa Haftar in his mission to take over the Libyan capital of Tripoli, the internationally recognised Government of National Accord (GNA) has said.

In a documentary film broadcast on Friday, the GNA revealed how Haftar has received military and logistical help from Arab states while it has only resorted to asking Turkey for help by following legal avenues. However, it was following this move that international players called for the end to foreign interference in the country, while the operations of those supporting Haftar illegal continued to be ignored.

The footage claimed the UAE occupied Al Khadim Air Base, south of Al-Marj, through which it has been managing its military operations to support Haftar’s militia in Libya since 2014. The Emirates sent 37 planes of cargo in 12 days after the announcement of the ceasefire in January 2020.

The Gulf state has sought to enable Haftar to sell oil away from Libya’s country’s National Oil Corporation (NOC), funnelling funds away from the government.

In addition to launching television and other media outlets to support its drive, the documentary revealed, the UAE also infiltrated the UN mission in Libya paying the envoy $1,000 a day and benefits while a peace deal was being brokered.

The Emirates Diplomatic Academy claimed that the UN envoy for Libya, Ghassan Salamé, is also one of its employees.

For its part, Egypt agreed to allow its airspace to be used to strike Libya in September 2014, in addition to sending soldiers tofight battles on the ground. Article 9 of the agreement stated that Libya has no right to prosecute any Egyptian soldier who commits a crime or offense on its territory. In such cases, the soldier shall be returned to his country for trial.

This allowed the Egyptian air force to violate Libyan airspace on the pretext of “targeting terrorists”.

Haftar’s backers regularly sent him arms in violation of the UN weapons embargo imposed on the country.

The report also revealed the role of Russianmercenaries in backing Haftar’s forces on the ground. In early 2019, international newspapers quoted foreign intelligence services saying that 300 mercenaries arrived in the ports of Tobruk and Derna in Libya.