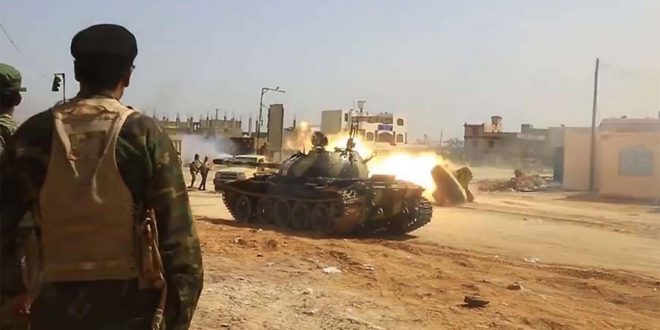 Forces loyal to Libya’s Government of National Accord (GNA) announced on Sunday that they have extended their control south of Tripoli, including several military sites held by the militias of renegade Field Marshal Khalifa Haftar.

According to the official media office of the operation, the GNA forces targeted several areas to the south of the capital, using tanks and artillery.

On 4 April last year, Haftar’s forces, backed by a number of Arab and European countries as well as Russia, started a military campaign to occupy Tripoli, where the internationally-backed GNA is based.

Since then, despite many attacks on the capital and a high civilian casualty rate, Haftar has failed to take the city.

The rebel commander has ignored many peace proposals and refused to sign ceasefire agreements brokered by international parties on several occasions. Even when a humanitarian ceasefire was agreed in the face of the coronavirus crisis, Haftar continued to attack the Libyan capital.

His forces, however, have lost control over many areas and cities across the country, mainly on the western coast of Libya.