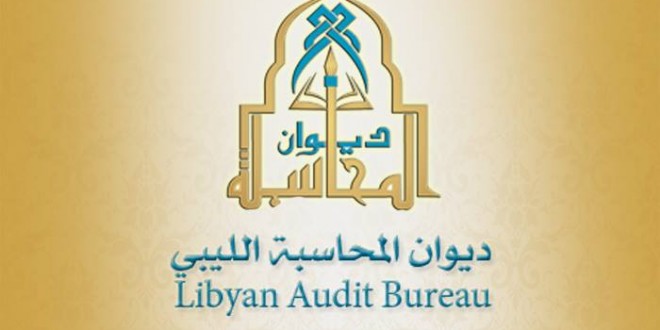 Libya’s Tripoli based Audit Bureau announced yesterday that the head of its Public Sector Financial Supervision Department, Rida Gergab, was ‘‘kidnapped and forcibly held’’ on the same day by ‘‘a group affiliated with the Interior Minister’s Office’’.

The Audit Bureau said that the purpose of this is kidnapping was to prevent the Audit Bureau manager from ‘‘monitoring some of the ministry’s transactions and bank accounts’’.

It said that his arrest was a flagrant violation of existing Libyan law (Article 38 of Law No. 19 of 2013.) which provides him with legal immunity.

The Audit Bureau strongly condemned the abduction and forced detention and regretted that the body entrusted with the implementation and protection of the law (the Interior Ministry) is the one who is violating the law.

It warned that such conduct was a punishable offence and called for the speedy and unconditional release of its manager.

Two hours after the Audit Bureau’s statement, the Interior Ministry of Libya’s internationally recognized Tripoli government released its statement on the incident. It did not deny Mr Gergab’s arrest.

It accused the Audit Bureau of conducting a series of ‘‘obstructions’’ in reaction to the Ministry of Interior’s policies regarding financial controls and the exposure of corruption that the Audit Bureau has ‘‘glossed-over’’ in the past years.

The Ministry of Interior said that it would not give in to the Audit Bureau’s ‘‘political extortion’’. With regards to the arrest process, it assured that its questioning of Mr Gergab was conducted within the law and that it will present the results of its investigations to the Attorney General’s Office. This, it added, will reveal the ‘‘size of corruption and extortion that the Audit Bureau exercises’’.

The Ministry of Interior said that the Libyan courts will be the ultimate interpreter of the applicability of the legal immunity law and the jurisdiction of the Audit Bureau. There can be no immunity without jurisdiction, it added.

It added that it will move forward in all seriousness against all who dare ransom the Libyan state and delay its interests in service of political agendas. It warned all those who think that they are above the law and accountability that the hand of justice will reach them for the sake of the Libyan people’s rights entrusted to the Ministry of Interior.

Reports from Tripoli say Gergab had stopped corrupt contracts in the Ministry of Interior, including a suspiciously inflated bill of seven million dinars for a field hospital and other contracts for subsistence as well as other suspicious transactions.

It will be recalled that the Minister of Interior Fathi Bashagha revealed the presence of huge financial corruption within the departments, components and organs of his own Ministry during a speech in February this year.

He had said that this corruption had made it imperative for his Ministry’s officials to dry up all sources of corruption without fear or consideration for anything. These funds, he had continued, must be invested in the Ministry’s human development, the development and construction of its organs and departments. He had also revealed that his Ministry’s debts had reached LD 1.2 billion.