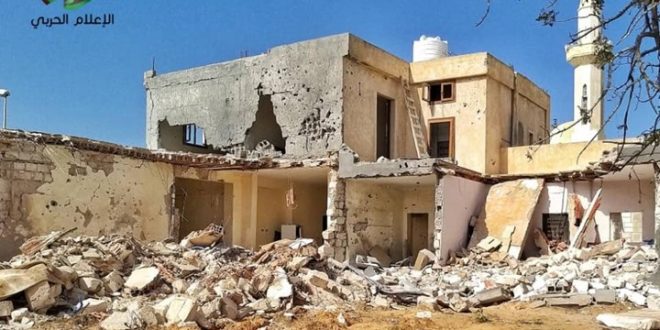 Khalifa Haftar’s forces have carried out indiscriminate rocket attack on the coastal road in Tajoura, eastern Tripoli, killing three civilians and injuring 19 others.

The media adviser of the Libyan Health Ministry Ameen Al-Hashimi said Wednesday that children were among the injured persons as a result of Haftar’s shelling on a coastal road, which is the only route linking Tripoli to districts eastward.

Haftar’s forces continue to target residential areas in Tripoli, causing lots of civilian casualties and destroying properties and infrastructure in line with their massive losses on frontlines.

On Tuesday night, Haftar’s forces killed an entire family in Al-Hadba Al-Badri area in south Tripoli as they shelled their house, leading to the killing of a man and his wife as well as their son.

Al-Hashemi said the son was sent to hospital for treatment as his parents were killed on the spot, but he died hours later due to the serious injuries he sustained from the shelling.