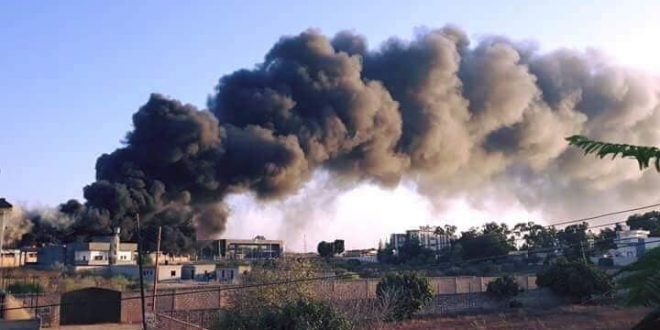 At least 14 civilians were killed by militias loyal to warlord Khalifa Haftar in Libya since the beginning of May, said the Libyan Army on Thursday, Anadolu Agency reports.

According to a statement by the Libyan Army-led Operation Volcano of Rage, Haftar’s forces have continued to attack civilian settlement areas in the capital Tripoli and other cities in May.

“At least 14 civilians were killed and 30 others were injured by Haftar’s forces since the beginning of May,” said the center.

The Libyan government launched Operation Peace Storm on March 26 to counter attacks against the capital.

The Libyan Army has recently made gains against Haftar’s militias, which are supported by France, Russia, the United Arab Emirates and Egypt.

Following the ouster of late ruler Muammar Gaddafi in 2011, Libya’s government was founded in 2015 under a UN-led political deal.

Since April 2019, the government has been under attack by Haftar’s forces, based in eastern Libya, and more than 1,000 people have been killed in the violence.