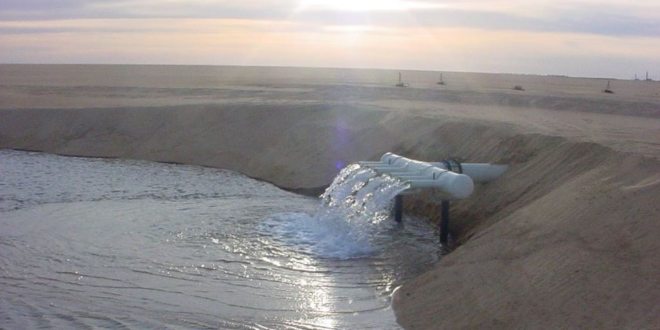 Assaults against power plants lead to cutting off water supplies

The Man-made River management said Nahr 1 Power Plant was assaulted by outlaw gunmen, which could lead to cutting off water supplies.

In a statement on Sunday, the Man-made River management said shortages and cutoffs of water supplies will affect most Tripoli areas, adding that the gunmen had forced General Electricity Company of Libya teams at the plant to cut off power on southern and northern fields.

“This incident will have impact on the water generation as only the eastern field is working now. Water outages and cutoffs are going to be the result of this act.” The statement reads, reminding of vandalizing 106 wells by gunmen and the fact that maintenance teams can’t work on preparing operations because of security concerns and ongoing clashes.

It also referred to the irrational consumption of water and illegal usage, especially on the eastern water track, where people are using water for agricultural purposes in illicit methods.

“We hope the system operates very soon and the two fields get back up and running in order for water supplies to flow back to Tripoli and other areas where outages are reported.” The statement adds.