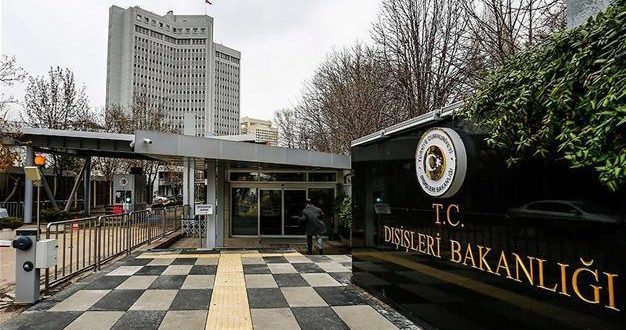 Turkey has warned that it will reliate against forces loyal to rogue Libyan General Khalifa Haftar if attacks on its interests in the country continue.

The threat comes days after Haftar’s forces fired rockets into the heart of the capital Tripoli, killing at least three people near the Turkish and Italian diplomatic residences.

Renewed rocket strikes on Saturday killed another four people, including one child, in Tripoli and Mitiga Airport, which currently hosts Turkish forces.

“These attacks – in which diplomatic missions including our Tripoli Embassy, ​​Mitiga Airport, civil aircraft prepared for departure and other civilian infrastructure were targeted and civilians were wounded and killed – constitute war crimes,” the Turkish Foreign Ministry said in a statement on Sunday.

“On this occasion, we reiterate that if our interests are targeted with our representative offices in Libya, we will consider Haftar elements as a legitimate target,” the ministry said.

Ankara is a key backer of Libya’s United Nations-recognised Government of National Accord (GNA) led by Prime Minister Fayez al-Sarraj.Haftar, who leads the self-styled Libyan National Army (LNA) and is affiliated with the eastern Libya-based Tobruk governmet, launched a campaign to seize the capital from Sarraj’s administration in April last year.

Ceasefires mediated by international backers of both sides have so far failed to yield an end to the conflict. Pleas by the UN for the cessation of hostilities due to the coronavirus pandemic have also fallen on deaf ears.
The fighting has killed hundreds of civilians and displaced over 150,000, threatening to push Libya into a major conflict on the scale of the 2011 uprising that toppled and killed longtime dictator Muammar Gaddafi.