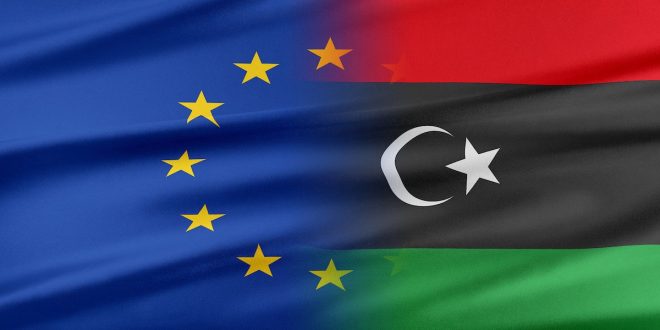 Following on from the report to the UN Security Council on Libya on 11 May by Secretary General Antonio Guterres and Turkey’s escalatory statement on 10 May warning that it could target Khalifa Hafter’s (commander of the Libyan National Army (LNA) ‘‘elements’’ directly, following his missiles landing near Turkey’s Tripoli embassy – the European Union issued its latest statement on Libya yesterday.

The EU statement offers nothing new. It fails to mention Hafter or the UAE or Turkey by name. It renews its calls for a ceasefire and a return to political negotiations – as has been the case with numerous previous EU statements. This has led to the internationally recognized Libyan government in Tripoli to refer to international community statements on Libya as ‘‘timid’’.

‘‘We no longer care about the timid condemnations of the international community, which are still unable to name the aggressor (Hafter) by name, hold him accountable and stop those who support him’’ (France, UAE, Egypt and even Jordan are the most cited by Tripoli analysts).

To this end, emboldened by Turkish military support and more importantly air cover, Tripoli seems to have decided to resolve the issue militarily on the battlefield and ignore Hafter’s unilateral declaration (but not necessarily implementation) of a ceasefire.

‘‘We therefore reaffirm to our free Libyan people that we have promised God to take it into our own hands to defeat the aggression completely throughout the country’’, continued the statement of 9 May which was made in condemnation of Hafter’s continued bombing of civilians and civilian sites. This seems to be Tripoli’s officially declared position.

The European Union, witnessing the continued escalation of violence in Libya, renews its call for a truce, as the United Nations did on the eve of Ramadan with the European Union’s backing.

The European Union demands that all parties act responsibly and immediately cease the fighting all over Libya, which is first and foremost affecting civilians, including migrants, and is placing them at even greater risk. It urges all parties having committed to a truce and a negotiated ceasefire to follow-up on these commitments. It also reminds the parties that they must respect international law, including international humanitarian law, and that those who violate it will be held accountable.

The European Union urges all parties to protect civilians, including migrants and refugees, by allowing and facilitating a safe, rapid and unimpeded delivery of humanitarian aid and services to all those affected.

The European Union remains determined to see the UN arms embargo in Libya fully respected. It recalls that Operation EUNAVFOR Med Irini, approved by the Council on 31st March, aims at implementing the UN arms embargo in line with the relevant UNSC resolutions through naval, aerial and satellite assets. It underlines that all efforts must be made to ensure the full and effective implementation of relevant UNSC resolutions, also through the land and air borders with Libya.

The truce must proceed hand in hand with an immediate resumption of UN-brokered talks between the parties, and in full respect of the Libyan Political Agreement. There is no alternative to an inclusive political solution reflecting the conclusions of the Berlin conference, as confirmed by UNSC Resolution n°2510.

In order to facilitate the quick resumption of political talks among the Libyan parties, the EU hopes that a successor to Ghassam Salame as Special Representative of the Secretary-General and Head of the United Nations Support Mission in Libya can be appointed as soon as possible and urges all States to cooperate with the UN in the political process

The European Union reiterates its commitment to the sovereignty, unity and stability of Libya and to international law.