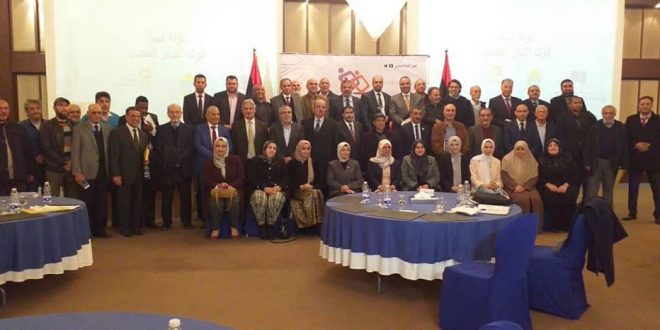 Civilian Forces Movement: No dialogue before defeating the aggressors

The Civilian Forces Movement has called on the Presidential Council, the House of Representatives, the High Council of State, and all security and military forces to forge a unified voice against any dialogue before ending the offensive against the capital and defeating the aggressors.

In a statement issued on Wednesday, the movement also affirmed their rejection of the mechanisms and standards adopted by the UN mission to implement the Berlin conference outputs, stressing “there will be no dialogue with Haftar or anyone representing him”.

“Defeating the aggression requires arranging the internal house and organizing a round table for dialogue in order to reach decisions that would bring this war and the suffering of citizens to an end,” the statement reads.

The movement insists that the UN mission went beyond its role that should be assisting Libyans in their way towards finding a solution, rather than imposing specific opinions and launching paths according to its own vision.

It is noteworthy that the Civilian Forces Movement consists of several political parties and NGOs in Libya.