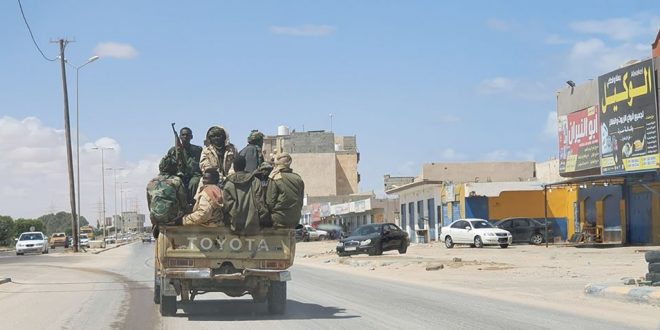 Speaking on condition of anonymity, a reliable source said that Dagalo, known as Hemedti, promised to meet the UAE request despite internal opposition, after threats from the UAE rulers to cut off financial aid.

Hemedti is under fire from Sudanese army for sending thousands of Sundanese fighters for war in Libya where they could be easily killed in drone attacks, which have intensified in recent weeks.

According to the source, high-ranking Sudanese army officers disapprove Hemedti’s unilateral actions which may put Sudan in legal troubles. Hemedti has already started sending his fighters to Libya via Eritrea to avoid direct confrontation with opposition officers.

“There are now 350 RSF fighters in the Eritrean town of Sawa waiting for deployment in Libya,” the source disclosed, adding that Hemedti refuses to send the elite squad of RSF and his close tribesmen as he might need them to carry out his plans to become Sudan’s next president.

The source cited Sudanese army officers as saying that Hemedti is losing control over the deployed fighters in Libya after many of them have died.

Backed by Turkey, Libyan Airforce of the UN-recognized Government of National Accord has increased drone attacks against warlord Haftar’s militia groups, cutting off supply lines and destroying armed convoys heading from central Libya to fighting zones in southern Tripoli.

“Some fighters have turned against Hemedti and joined rebels fighting the Sudanese government,” the source said.

Hundreds of RSF fighters have been already deployed in Sirte to join fighting in Abu Grein frontline. Haftar and his foreign backers are attempting to seize Abu Grein town and get closer to Misrata to become in the range of their missiles.

RSF fighters have been also deployed in the oil crescent region to protect oil terminals while hundreds others were deployed in southern Tripoli fronts.

Khalifa Haftar’s self-styled armed, dubbed LNA, is awash of mercenaries from Sudan, Chad, Russia and Syria. There are reports that the UAE has established contacts with Shia groups in Iraq to join the fight for Haftar following many defeats by forces of the Government of National Accord.