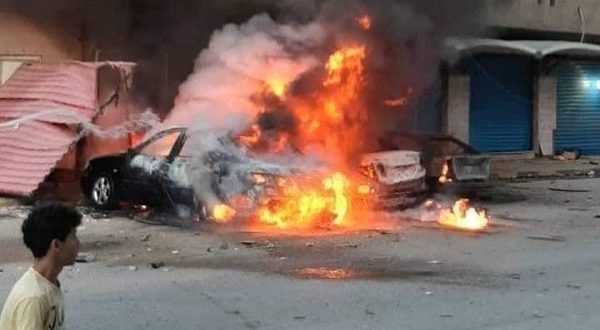 UN: 17 attacks on health centres in Libyan capital this year

Seventeen attacks have been recorded since January against health facilities in Tripoli and its suburbs, the scene of deadly fighting for over a year, the United Nations Support Mission in Libya has said.

There have been “17 attacks/shelling on health facilities” in Libya since the start of this year, the mission said on Twitter on Friday, a day after the Tripoli Central Hospital was hit.

The oil-rich North African nation has been engulfed in chaos since 2011 when longtime ruler Muammar Gaddafi was toppled in a NATO-backed uprising.

It is now split between two rival administrations: the UN-recognised Government of National Accord (GNA) led by Prime Minister Fayez al-Sarraj, and the House of Representatives allied to renegade military commander Khalifa Haftar and his Libyan National Army (LNA).

Haftar’s LNA has been trying to capture Tripoli from the GNA since April 2019, resulting in a stalemated conflict that has killed more than 1,000 people.

The GNA blamed the attacks on health facilities on forces loyal to Haftar, but a spokesman for the military commander denied the accusation.

The UN mission decried “all actions that put civilians in harm’s way and prevent people from accessing life-saving services”.

Strikes against civilians and civilian infrastructure have been frequent since the start of Haftar’s Tripoli offensive, but have intensified in recent weeks after his forces lost ground to the GNA.

This month, at least 19 people – 17 civilians and two police officers – have been killed and more than 66 civilians wounded as rockets rained down on Tripoli’s only working airport and several residential neighbourhoods.

In addition to the violence, most areas of the capital went without power for more than 36 hours from Wednesday due to a heatwave.

Tripoli suffers from a lack of electricity, particularly when demand peaks in the summer.