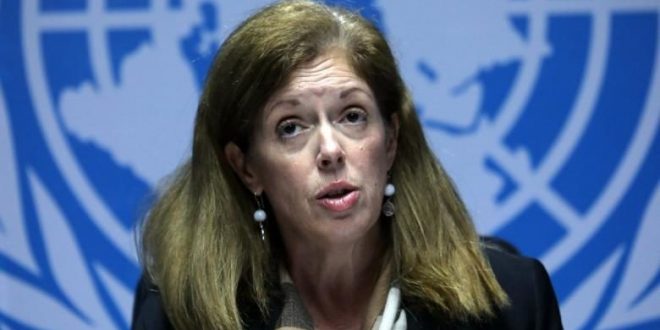 The acting UN Libya envoy urged the Security Council on Tuesday to pressure foreign actors to stop helping the North African country’s warring parties, warning that the flood of weapons and mercenaries will only intensify fighting.

The oil-producing state descended into chaos after the NATO-backed overthrow of leader Muammar Gaddafi in 2011. Since 2014, Libya has been split with the internationally recognised government controlling the capital Tripoli and the northwest, while military leader Khalifa Haftar in Benghazi rules the east.

Haftar launched an offensive a year ago to grab Tripoli. He is supported by the United Arab Emirates, Egypt, and Russia, while the government is backed by Turkey. Libya has been under a UN arms embargo since 2011.

“From what we are witnessing in terms of the massive influx of weaponry, equipment, and mercenaries to the two sides, the only conclusion that we can draw is that this war will intensify, broaden and deepen,” acting UN Libya envoy Stephanie Williams told the council.

“We must not let Libya slip away,” she said. “This council can ensure the collective security it is mandated to maintain by applying consistent and credible pressure on those regional and international actors that are fueling the conflict.”

Russian private military contractor Wagner Group has up to 1,200 people deployed in Libya to strengthen Haftar’s forces, according to a UN report.

“All actors involved in the conflict in Libya must immediately suspend military operations,” US Ambassador to the UN Kelly Craft said. “They must halt the ongoing transfer of foreign military equipment and personnel to Libya, including … Wagner Group mercenaries.”

The Security Council has repeatedly called on all countries to abide by the arms embargo and not to intervene or take measures that would exacerbate fighting. The council could call out states publicly or impose targeted sanctions.

International Relations and CooperationSecurity Situation
All
2020-05-19
asaeid
Previous Libya: GNA recaptures towns near Tunisia border from Haftar
Next Al-Sarraj calls on the EU for an effective stance against the war crimes of Haftar on civilians