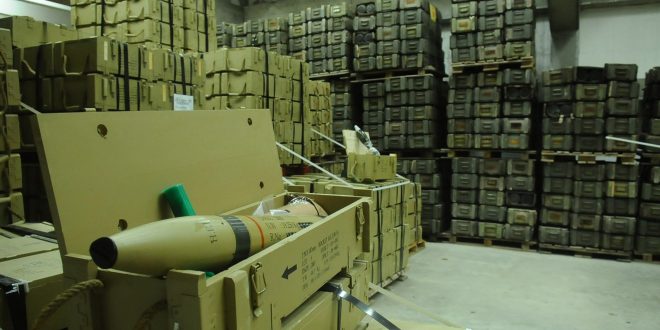 “In November 2019, imagery surfaced of four Iranian “Dehlaviyeh” anti-tank guided missile systems being employed by militias associated with General Haftar’s forces in Libya,” Danny Danon charged in a letter May 8 to the Security Council and Secretary-General Antonio Guterres.

“The presence of this advanced Iranian-manufactured system on Libyan soil is another grave violation of Security Council resolution 2231 (2015), as set forth in article 6 (b) of annex B, which prevents ‘the supply, sale, or transfer of arms or related materiel from Iran,’” he added.

Danon was referring to UN-imposed arms embargo on Libya.

The Dehlaviyeh, or RAAD, is an anti-tank wire-guided missile system manufactured in Iran capable of penetrating armored vehicles.

International Relations and CooperationSecurity Forces
All
2020-05-20
asaeid
Previous Gaddafi loyalists break up with Haftar, call him “a traitor”
Next Why is Libya so chaotic and ungovernable?