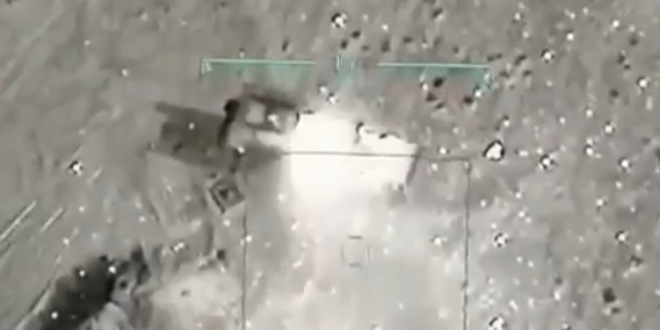 The Libyan Air Force of the Government of National Accord (GNA) said it had destroyed seven Russian-made Pantsir-S1 anti-aircraft systems given to Khalifa Haftar’s forces by the UAE in Al-Watiya airbase, Tarhouna and Al-Wishka in 48 hours.

The spokesman for the Libyan Army Mohammed Gununu said three Pantsir systems were destroyed Wednesday morning in Tarhouna and another one in Al-Wishka.

Meanwhile, Volcano of Rage Operation, Libyan Air Force was continuing its surveillance over Tarhouna city as per the military tactics of the Libyan Army operations room.

Gununu also said Libyan Air Force had targeted two UAE Nimr armored vehicle and other military vehicles by six airstrikes on Tarhouna, besides the airstrikes on Al-Wishka, leaving behind casualties among Haftar’s forces and a number of destroyed ammunition depot.