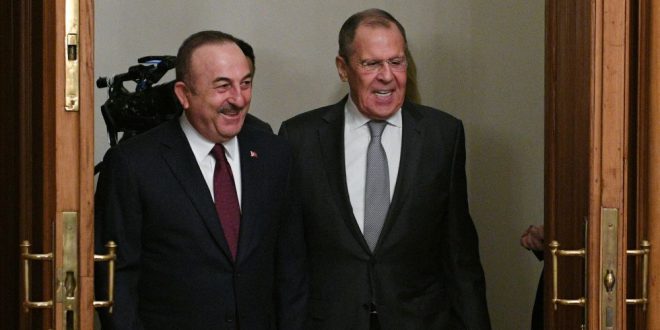 Russia and Turkey backed an immediate ceasefire in Libya during a phone call between both countries’ foreign ministers, Moscow said on Thursday.It follows talks by telephone between Russian Foreign Minister Sergey Lavrov and his Turkish counterpart Mevlut Cavusoglu on Wednesday.

Russia’s foreign ministry said both parties discussed “the importance of an immediate cessation of hostilities and the resumption of the political process under the auspices of the United Nations”.

Turkey backs the UN-recognised Government of National Accord (GNA), which is based in Tripoli, while Ankara has sent armoured drones and air defences to aid the GNA.

Moscow’s statement comes days after government forces wrestled the Al-Watiya airbase, a key military base on the outskirts of capital Tripoli, from the LNA.

After the takeover, GNA loyalists have captured a Russian-made Pantsir-S1 air defence system, likely given to the LNA by the UAE, another backer to Haftar’s forces.

Following the defeat, Haftar’s forces announced they would retreat from some of Tripoli’s frontlines on Tuesday.

Also on Tuesday, acting UN special envoy to Libya Stephanie Williams warned that the conflict will “intensify, broaden and deepen” due to increasing foreign intervention and the influx of weapons, military equipment and mercenaries to both sides.She urged the UN Security Council to apply “consistent and credible pressure on those regional and international actors that are fuelling the conflict”.