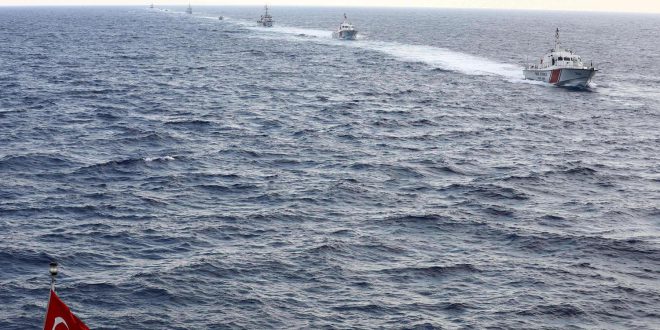 A confidential report by the UN investigators has unveiled details of a secret mission for foreign military elements from eight countries using boats and helicopters and tasked with intercepting Turkish supplies to the Government of National Accord (GNA) in Tripoli.

The Dutch News Agency, Deutsche Presse-Agentur (dpa), said the 80-page report says the mission was done through UAE-based security firms with 20 fighters from South Africa, the UK, US, Australia, France and Malta, who all were sent to Jordan and then to Libya.

The secret mission was mapped out by a UAE-based firms by the names “Lancaster 6 and Opus Capital Asset”, which the UN investigators said they had smuggled six helicopters and two military boats from Malta to Libya I’m June 2019.

“One of the important goals of the mission was given Haftar the ability to cut off supplies provided by Turkey to GNA in Tripoli as it aimed to intercept the vessels and search them or even carry out attacks on them.

The report says the mission stopped very early, less than a week after the boats and helicopters arrived in Benghazi, yet, it doesn’t say why the mission was aborted.

However, a lawyer for some of the Mission’s elements who returned from Benghazi to Malta said they were oil workers and had to leave Libya due to the unrest. The UN investigators believe this statement is an excuse to cover up for the secret mission.

The report also says that the mission was planned in eight countries: the UAE, Jordan, Malta, Libya, Angola, Botswana, South Africa and the US, as firms in Malta, British Virgin Islands and UAE orchestrated the mission, while another South African firm did camouflage to cover up identities of the operatives and the mastermind.