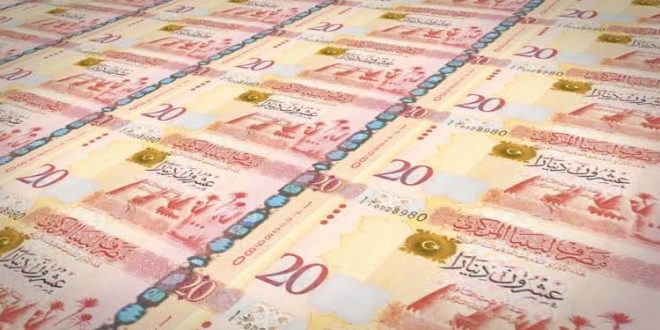 Maltese authorities have seized counterfeit Libyan money worth $1.1 billion that was printed by a Russian firm and worsen the north African country’s economic problems, the US State Department said.

There was no official statement on Saturday from Valletta although Malta Today newspaper had published a report about $1.1 billion in counterfeit money seized in Malta on its Facebook site that was no longer available.

“The United States commends the Government of the Republic of Malta’s announcement May 26 of its seizure of $1.1 billion of counterfeit Libyan currency printed by Joint Stock Company Goznak – a Russian state-owned company – and ordered by an illegitimate parallel entity,” the State Department said.

“The Central Bank of Libya headquartered in Tripoli is Libya’s only legitimate central bank,” the US diplomatic arm said in a statement on its website.

Washington vowed to continue working with the United Nations and international partners “to deter  illicit activities that undermine Libya’s sovereignty and stability,” it added.

Such actions “are inconsistent with internationally-recognized sanctions regimes,” the statement said.

“ This incident once again highlights the need for Russia to cease its malign and destabilizing actions in Libya.”

UN experts issued a report last December to the UN Security Council saying Goznak JSC had delivered between 2016 and 2018 to the parallel central bank in the east of the country the equivalent of some $7.11 billion in Libyan money.

Since Muammar Gaddafi’s regime fell in 2011, Libya has been plunged into chaos.

Two authorities dispute power in Libya: the Government of National Accord of Fayez al-Sarraj, which is recognised by the United Nations and based in Tripoli; and a parallel government in the east headed by Khalifa Haftar.

The US military has also said Russia recently sent warplanes to Libya to support mercenaries on the ground fighting beside Haftar’s forces.

Budget and FinanceInternational Relations and Cooperation
All
2020-05-30
asaeid
Previous UAE has provided Haftar with aircraft from Denmark, report says
Next Turkey to drill for hydrocarbons in the eastern Mediterranean