Home / Normal / Turkey to drill for hydrocarbons in the eastern Mediterranean 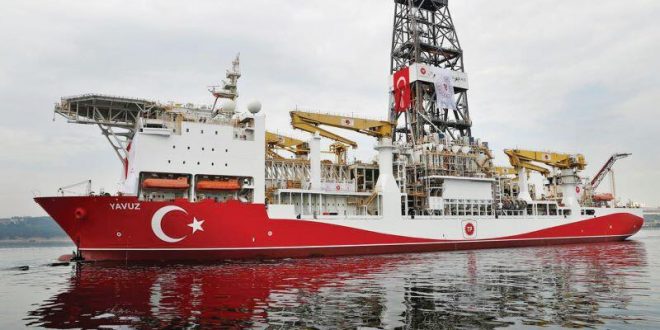 Turkey to drill for hydrocarbons in the eastern Mediterranean

Turkey is planning to start drilling for hydrocarbons in the eastern Mediterranean in the next few months, its energy minister said on Friday, a move that has angered other countries in the region.

“Under an agreement with Libya, we may begin our activities within three or four months,” Energy Minister Fatih Donmez was quoted as saying by the official Anadolu news agency.

Last year, Ankara signed a controversial deal with Libya’s UN-recognised government in Tripoli, which claimed extensive areas of the sea for Turkey.

The agreement raised hackles in neighbouring countries, including Greece which said the deal fails to take into account the island of Crete.

EU member Cyprus has also expressed anger that Turkey has sent ships in search of oil and gas off the divided island.

Donmez said that the Turkish drilling ship, Yavuz, has been off Cyprus since April.

“Nobody should think we will stop our activities in the Mediterranean,” he said.

The EU has repeatedly called on Turkey to end its energy exploration off the coast of Cyprus, arguing that the drilling is illegal because it infringes on the island’s exclusive economic zone.

On May 16, the bloc accused Ankara of “escalating” tensions.

Rich gas deposits have been found in the seabed in waters claimed by both Cyprus and Turkey.

Turkey insists its oil drilling is in accordance with international law and has argued that its unrecognised north Cypriot ally should have a share in earnings.